Concours d’Elegance – competition of elegance – dates back to the 17th century French aristocracy who paraded horse drawn carriages in the parks of Paris during summer weekends.   The last time Cassie and I attend a Concours d’Elegance was in the late 70s on the grounds of Meadow Brook Hall at our alma mater Oakland University in Rochester Michigan.

A different time for sure 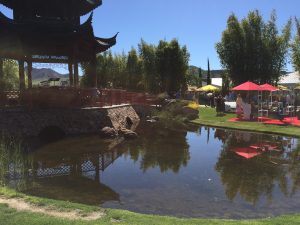 The cars were set among the grounds of the Oriental Gardens and offered guests an opportunity to inspect a collection of some of the most coveted vintage cars in the world.  One of my favorites was a 1953 Cadillac Series 62 with a body by Ghia. The other was a 1916  Stutz Model 4C Bearcat Raodster

This error message is only visible to WordPress admins